Chat with us, powered by LiveChat

How To Preserve Your Valuables

Items such as gold, silver, and fine art pieces are often part of one’s personal collection and valuables. They are usually tucked away in storage and hidden from the public eye.

In order to keep these items in good condition while in storage, here are some areas you should take note of. 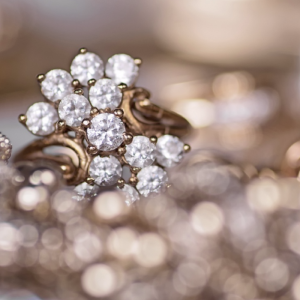 It is of the essence to maintain cleanliness of your valuables, especially antique jewellery which may be destroyed by dirt and a damp environment. Normally, not many people are accustomed to dusting their valuables after storing them for a long time.

In addition, there are items such as electronics that may be damaged by dust, especially ones that have been passed down for generations. Likewise, some pieces of artwork require regular careful dusting to prevent a layer of dust from accumulating on them.

Your valuables can also be destroyed by pests and rodents if they intrude into the environment. Hence, occasional fumigation of the environment is highly recommended.

Securing your valuables is not just about keeping them locked up. It also about the environment around the storage facility.

Depending on the type of valuable, security of the environment should be put into consideration. Some environments are not safe, especially residential or offices. This means that the second option of safe storage is in a vault, where there is dependable security.

Statistics show that cash and jewellery are the most stolen valuables in the event of burglary. Keeping them away from the open increases their safety. More so, secrecy also increases their security. The knowledge of people who know the existence of such valuables should be kept to the least possible.

As some valuable items are passed down from one generation to another, their importance is only known to the current trustee. Communicating the importance of the valuables to the next trustee, that is the children increases their security. This is because they will learn to maintain, preserve and secure the valuables as they understand their value.

Money and expensive jewellery can also be stored in creative places. There are places that are too obvious for a burglar to find them. Keeping them in places that one can least imagine or in unusual places increases their security.

In the event one has a large amount of cash, the best way to secure that amount of cash is by depositing the amount in a bank. This is because when money is stolen, chances of recovering that money are almost nil. To protect such kind of loss, the best way is to deposit the excess money in a bank.

There are valuables that one does not use too often. Keeping them away from constant contact reduces tampering and the chances of being stolen.

There are also expensive valuables like artwork, which are irreplaceable. For these precious items, keeping them separate and out of reach is a good idea.

Do you want to find a better storage environment to preserve your valuables? Find out more about Ultra Vault’s safe depository services at key locations worldwide: 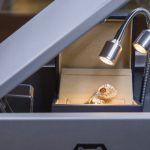 Factors to Consider When Choosing a Private Offshore Vault